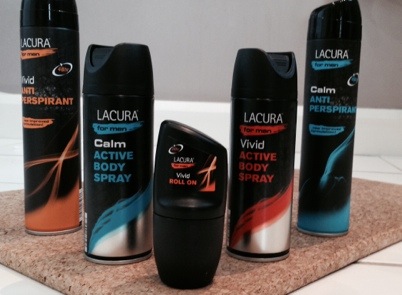 So me and my mum friends have been talking about smelly pre-teen and teen boys, and debating what to offer them to stop the smell.

Of course washing is a great basic step, but two showers a day is one too many, so products must be purchased.

As a teen, I remember buying Impulse, but that’s not an option. So first step was a deodorant and next an anti-perspirant. Lynx sprang to mind immediately and there are always offers on for it, but I wouldn’t be called Mrs BH if I wasn’t going to find an alternative that does the job just as well without costing as much.

I did some research and didn’t like the idea of the boys wearing anti-perspirant so early, so decided on an anti-perspirant for extra hot or activity filled days and a deodorant for every day.

I decided against forking out on expensive products initially. Even supermarket own ranges are a minimum of £1 for each item, so my friends’ kids and mine have been trying out Aldi’s Lacura sprays and roll-ons.

So would we buy them for our boys? We would buy the deodorant with no qualms. The spray on anti-perspirant also did the trick, but the roll-on took too long to dry in our (adults vs kids) opinion. However, for the money saving, a minute or two extra waiting is fine for a young lad, I guess, and even though it wasn’t quick drying, it did the same job when compared to the Dove roll-on.

The packaging is pretty smart in black with a flash of colour, so would be “cool” to have in the bedroom/bathroom. It seems that a lot of men’s toiletries are black, see below: 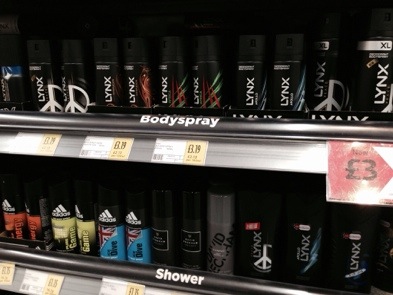 The deodorant spray smell is like most men’s products to me, so we did a smell test and Vivid came out top. More of us agreed that the fragrance was nicer than the others. It also kept any sweat smell hidden for the day.

The anti-perspirant spray is not too powerful, giving a nice even cover. But the first time, one of the boys sprayed it so close that it turned white like talcum powder, so we had to teach him about distance spraying! The sprays did the job and at the end of the day, the spray smell was still stronger than any sweat smell.

The roll-ons all went on clear, but as I said above didn’t dry as quickly as Dove, but critically they did the job.

All in all, these Lacura products have been a great find especially at a price point that is so reasonable, and will be a staple in our bathroom for a few years at least.

Have you tried these products? Tell me what you think about them?;