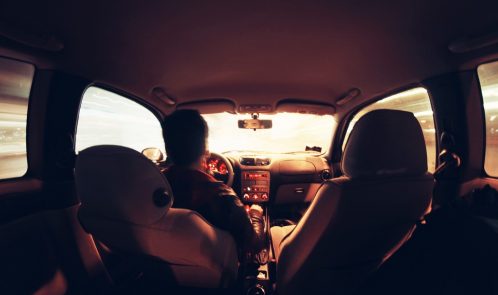 What’s the cheapest way to insure a 17 year old boy driver? He will drive my car. This was a question I posed last week and got a number of responses. I thought that they were really interesting so wanted to share some of them with you:
So lots to think about…but forum dwellers don’t have all the answers, so I thought I would also ask advice from the industry. Masternaut, a company that provides fleet telematics (basically allows you to track drivers…like the black box), has come up with the following:

Every parent wants to make sure their child is as safe as they can be when they start driving their own car. Insurance is a vital part of this safety, but the costs can often be very high for new drivers. Often the cost of insuring a young new driver is so high because, in the eyes of the insurance company’s, the risk of young drivers being involved in an accident is far higher than that of someone over the age of 25. Also, being a young or new driver means they haven’t had the time to build up a no claims bonus. With that in mind, here are some ways you can bring the cost of insurance down for new young drivers.

Pay a higher excess up front and pay per year
If you can afford to do it, paying a higher excess could lower the overall insurance cost for young new drivers. The excess – the amount you have to pay up front if you have an accident and need to make a claim – can vary, usually going up to about £500. For young drivers, however, you need to think responsibly about if you can pay that lump sum if you have an accident and need to claim.

Paying for your insurance as a yearly fee rather than monthly, if you can afford to, could save young drivers a significant amount in monthly interest charges. The other added benefit to paying for the year all at once is that once it’s paid, there are no monthly payments to worry about or plan around.

Choose insurance with a black box
Some insurance companies now offer a telematics device known as a ‘black box’ which can be installed into the vehicle and tracks the behaviour of a driver. The device tracks areas such as speed, mileage, the time when driving, and some providers offer plans which effectively allows you to pay for what you use. Another advantage of installing a black box is increased safety. Firstly, for young drivers knowing their insurer is directly monitoring their driving has been shown to result in safer driving. Secondly, if a young driver does get in an accident, the insurance provider can see exactly where it has taken place, and if they can’t contact the driver directly to check they are ok, will alert the emergency services. This could save a drivers life. Finally, in the unfortunate event that the car is stolen, a black box can aid in retrieving your car as the location can be determined based on the GPS information.

Base your insurance on what you need
The base level of insurance that is required to drive on UK roads is ‘third party’. This covers the cost of repairs to a third party who is affected by an accident you have caused. This level of insurance, however, does not cover the cost of any repairs to your car. Theft or damage to your car will also not be covered. However, if you feel, based on the area you live in, that you don’t require coverage for theft or damage, then you don’t have to pay for it. Take some time to compare the levels of cover on offer and which one is best for the driver.

Ultimately, finding a good deal on car insurance for a new young driver will take time and some comparison work between providers. However, keeping in mind the areas mentioned above could save a significant amount of money and help get young new drivers on the road.