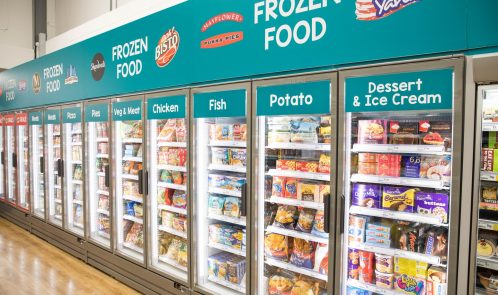 Poundland successfully piloted frozen food in five stores in its Project Ice trials, and has announced that it plans to roll out a frozen and chilled food range in 60 of its shops.

One in 10 Poundland stores will soon carry a new range of 400 “every day items”, from frozen fish to luxury yogurts.

The new range includes products such as Bernard Matthews chicken breasts and Birds Eye cod fillets, as well as other popular brands including Aunt Bessies, McCain and Young’s.

As part of the move, Poundland is also launching new fresh foods including vegetables and brands such as Cathedral City and Lurpak.

The prices range from 50p to £5 for both the fresh and frozen products, although a majority of them will set you back £3 or less.

Poundland began the rollout of new chilled and frozen “shop-in-shops” this week.

Cities and towns from Nottingham to Gateshead and Blackburn to Bradford, across the North and Midlands, will be the first to get the makeover.