Reviews of anti-snoring devices….sleep is priceless 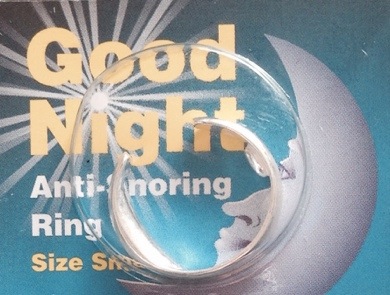 I haven’t had eight hours sleep for a few years now and so enough was enough and I started my quest to find snoring aids to help Mr BH stop snoring and me to get some sleep.

Now his snoring is serious. A few years back before we met, he had an operation which helped, but the effects have worn off. The thought of going under general anesthetic to prevent snoring was too dangerous and the £2,000 cost also ruled the operation out.

Of course, I am always looking out for a bargain, but sometimes, you have to spend money to get a really good result and in this case, money was secondary to sleep. Here’s our round-up. Good luck if you have the same problem.

Now this ring is fantastic and I must admit that it is the best product of the lot for us. No sprays, no mouthguard, no masks or strips, just a simple ring. It retails from £21.51 on Amazon, or £29.99 in Boots if you want it immediately. Mr BH was not interested in trying the ring out at all, but I convinced him and reluctantly, he now agrees that it’s the one item that he doesn’t mind wearing and it works.

The Good Night Snoring Ring comes in three sizes and is worn on your little finger at night – don’t wear it in the day! It works using acupressure on two specific points on the finger. All he had to do was put the ring on his little finger 30 minutes before sleeping and let the acupressure stimulators go to and open up his breathing passages whilst he slept. He put the ring on with the gap facing upwards and the large acu-activator on the outside. The small was a fine fit for him. The makers say that heavy snorers may benefit by wearing a ring on each little finger. On the first night Mr BH’s snoring turned to heavy breathing. After that I couldn’t hear a thing. We also gave a ring to my father who snores so loudly, the whole household is affected, and my mum is so thankful. It has a 30 day money back guarantee, so if it doesn’t work, nothing much lost.

These self adhesive strips work really well in preventing the mouth falling open. Mr BH found them to be comfortable and kept his mouth closed at night. They were a bit fiddly if he had stubble and probably won’t work if you have a beard, but they worked really well and when he was wearing them, he didn’t snore. On Amazon for 30 strips, they’re 16.99 + £3.00 shipping.

We tried a couple of versions of these. The Breathe Right strips (£13.25 for 30 strips) lasted till 5 am with no snoring till then…but they were a little small as my husband has a big nose. We decided to try the Superdrug own brand nasal strips the next night. They were not as sticky as the Breathe Right, BUT, Mr BH did not snore at all during the night with these strips. However, if he had had 2-3 beers then these strips didn’t work for us. Again these are slated as reducing snoring and relieve nasal congestion to ease breathing. They are £3.99 for 10 strips. 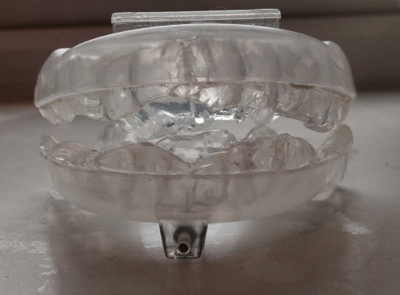 We turned to British Snoring and looked on their website for a recommendation and on their forums. The Tomed SomnoGuard AP sounded like the answer to our prayers. At £129.99 it’s expensive, but we figured that we both needed sleep, so we’d give it a try. We received a kit which was like the boil and bite teeth protector mouthguards for kids. It was ready in 10 minutes and there is a screw at the bottom that helps it to adjust. Basically, the guard is a Mandibular Advancement Device that holds the lower jaw and tongue forward making more space to breathe and prevent snoring. This was really effective in terms of stopping snoring, however, my Mr BH discontinued using it as he felt that it was pushing to hard against his teeth, and almost like they were moving. It fits like a brace you see. At our age, the last thing you want is for your teeth to become loose. He also looked like jaws when he had it on. There are cheaper versions of the same thing on the market.

This costs £7.91 for a 10 ml bottle from Boots which lasts about 2 – 3 weeks. Unfortunately this wears off around 4 am when applied at midnight, so needed to be reapplied after the snoring had already woken me up. The spray is supposed to be for people who snore due to nasal congestion restricting breathing through the nose, which leads to drawing more air through the mouth. Guess this may work if you only snore if you have a cold, but it wasn’t a permanent remedy for us. 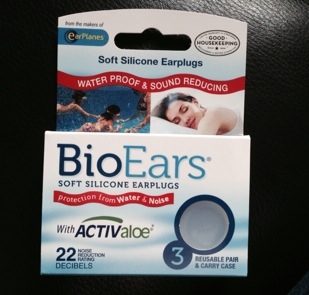 I have no idea why I didn’t think of this before, but with two young children you do want to be able to hear if they need you. I tried BioEars – they are soft silicone earplugs. You get three reusable pairs and a carry case for £4.99 at Boots. Each plug can be used three times and the noise reduction rating is 22 decibels. With most snoring coming in at 60 – 90 decibels and normal talking at 60, then a reduction to 40 ish sounds interesting. They are squashy and can be moulded to fit in the outer ear. I found that if Mr BH had had a drink or had a cold, even with the ring on, he would breathe more heavily, so I would consider using these with anti snore ring for those occasions. 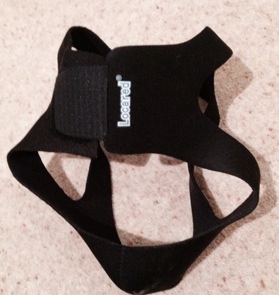 Now this strap is made of elastic and fits around your head and under your chin. This Snore Stopper Strap claims to help to prevent air flow leaking from your mouth by holding your chin in a stable position which encourages breathing through your nose. Unfortunately, it was really uncomfortable for Mr BH and he had to have it very tight for it to work, so he couldn’t get a good nights sleep in and it defeated the object for us. We got it from eBay and it cost £6.80 with shipping.