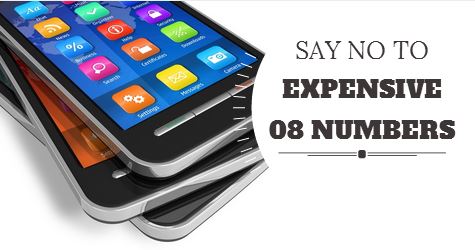 This month the new Consumer Rights Directive will end expensive premium 084 and 087 numbers for customers calling airlines, train operators and major high street and online retailers, but his still leaves a lot of organisations and companies where customer services, general enquiries and ordering still mean dialling into a premium rate number.

So if you want to avoid paying up to 16p a minute for dialling these numbers, hop along to Saynoto0870. This is an online directory of non-geographic telephone numbers and their geographic alternatives.

Let me give you an example. I wanted to talk to the Land Registry and their number was an 0844 number. After my experience of calling an 0844 number and being charged £5 for an hour long call, I avoid these numbers like crazy. Anyway, by typing in Land Registry (or the offending number) I found an 0274 number on saynoto0870 and called it. The people there just put me through to the same team as I would have reached if I had dialled the 0844 number.

What is a non-geographic number

So a non-geographic number begins 084, 087 and 09. The numbers, when dialled, automatically impose a Service Charge on all callers – apart from 0870 numbers as a successful campaign stopped this in 2009. Calls to 01, 02 and 03 numbers, standard 07 mobile numbers and 080 numbers do not attract the additional charge.

Non-geographic telephone numbers beginning 084 and 087 have increasingly been employed for bookings, renewals, refunds, cancellations, customer services and complaints, and for contacting public services including essential health services. That’s why the crack-down has happened.

Calls to freephone numbers (0500, 0800 and 0808) are not included in most mobile telephone contract inclusive minutes and are also chargeable when called from most pay-as-you-go mobile telephones.

Thanks to Wikipedia for some of these lovely facts.