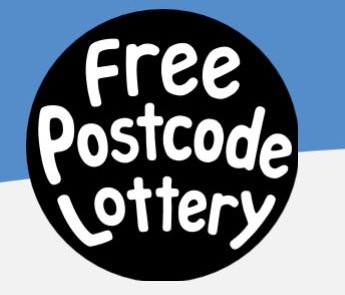 Today, Free Postcode Lottery announced an increase to its main prize by £50 per day to £250 per day. The entirely free online lottery company founded by Chris Holbrook in 2011 has been growing exponentially (it is 300% larger than this time last year) and it is on track to give away £20,000 per day by 2020 to coincide with registering 20% of the UK population on the site. I have won £100 on the survey draw, so it’s all lovely and above board and no strings attached.

One of the UK’s most popular websites, Free Postcode Lottery boasts 530,000 active members who reside at 22% of all postcodes.

The site now gives away £450 per day (including a main draw and smaller draws) totalling £164,000 per year. FreePostcodeLottery.com is a totally free prize draw held every day. People sign up on the site with their postcode and then check every day to see if they have won. The site, which started giving away £10 a day in 2011, has grown steadily over the past five years and now boasts more than 530,000 active members at 22% of all UK postcodes.

Traditionally, Free Postcode Lottery has raised the price of the prize pot as the number of postcodes in the system grew. However, as the site is reaching a significant portion of the population, the prize money increases will now be based upon user growth, a more accurate metric.