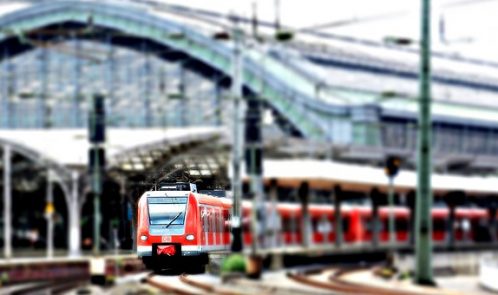 A new railcard will be launched this year to let 16 and 17-year-olds buy half-price train tickets, the Government has announced.

The new 16 & 17 Railcard will go on sale on Monday 2 September, in time for the next academic year.

The railcard will allow 16 and 17-year-olds to buy train tickets at child prices – which are 50% of adult fares – until their 18th birthdays.

Currently, under-fives are generally allowed to travel for free with a paying adult, those aged five to 15 get a 50% discount on most fares, while those who are 16 and above may be eligible for the 16-25 Railcard, which gives a third off most fares.

How will the new railcard work?

16 and 17-year-olds who buy the railcard will be able to get 50% off rail travel, which is the same discount as a child fare. As with the new 26-30 Railcard, which was announced in January 2019, it’s expected to be a digital railcard.

The railcard will be valid for one year, or until the holder’s 18th birthday, whichever comes first.

This age group is already able to buy a 16-25 Railcard, which costs £30 for a year and gives holders a third off train travel – but 16 and 17-year-olds who already have this railcard won’t be able to use it in conjunction with the new 16 & 17 Railcard.

Unlike the 16-25 Railcard, the 16 & 17 Railcard will give holders discounts on season tickets, travelcards and won’t have a minimum fare for peak tickets. It will also give the discount on off-peak, super off-peak and advance fares.

See the leaflet above and you can’t buy it at a station but need to call or buy online.

What does the Government say?

Transport Secretary Chris Grayling said: “The new 16 & 17 and 26-30 Railcard will cut fares for a generation of travellers, ensuring more young people than ever will be able to travel on our railways for less.

“Today’s announcement of a new 16 & 17 Railcard could cut the cost of travel by hundreds of pounds a year for young people and their parents, making it cheaper to get to school, college and work.

“This builds on the roll-out of the new 26-30 Railcard and our record investment into our railways, ensuring people get the frequent, affordable and reliable journeys they deserve.”