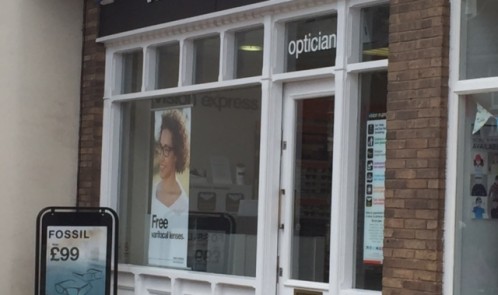 Vision Express is offering a free eye test to everyone in the UK from later this month.

The free eye test is offered for National Eye Health Week (21-27 September 2015), with an online voucher available for download at: http://www.visionexpress.com/free-eye-test-voucher/

It allows for a free eye test to be redeemed from 21 September until the end of October 2015 at any of approximately 400 Vision Express stores across the UK and Ireland.

To reinforce its commitment to eye health, Vision Express has also commissioned its Vision Van for a second consecutive year. It will take to the streets during September in eye health ‘hotspots’ in London, Bournemouth, Cardiff, Hull and Manchester, and is open for testing from 10am to 5pm.

While the NHS recommends an eye exam every two years, just over half of adults in the UK only visit an optician once every five years, with 8% never having had a sight test.

At each Vision Van location, the public will be invited to have a comprehensive 30-minute eye examination to best practice guidelines of the College of Optometrists (COO). It includes an eye health screening and uses Optical Coherence Tomography, carried out by an expert optometrist from Vision Express.

To find out more about the #VisionVan during National Eye Health Week visit: http://www.visionexpress.com/vision-van-2015