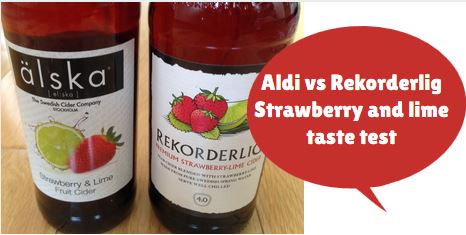 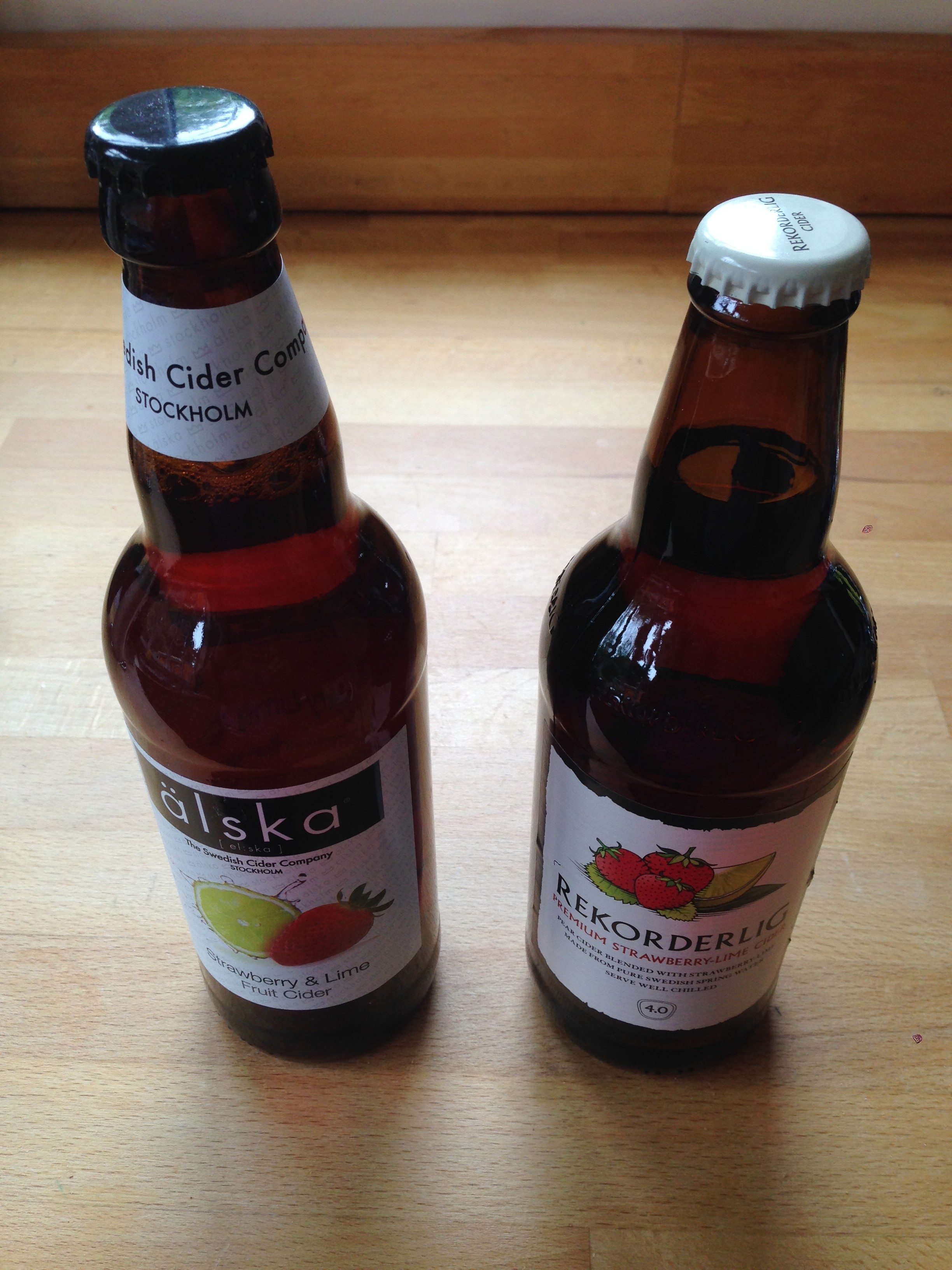 Today I spotted Aldi’s offer in the fruit flavoured cider market, so its alternative to Rekorderlig and bought him a bottle.

He likes Rekorderlig cider and has been drinking it for over a year and likes the fact that it’s light but still alcoholic – 4% – and tastes good.

They are both from Sweden and the bottles look very similar, either look stylish enough to bring out and impress friends at a BBQ for instance. In terms of taste, he says that there’s not much difference, but for his own palette he prefers the Aldi stocked alska cider as it’s a little less tart.

And what about price: Aldi’s alska bottle was £1.49 while Rekorderlig is £2.29, but is sometimes available on offer for multiple buys, so bringing the price down to around £1.50 a bottle.