New cupboard doors made to size

It’s taken four years, but we finally have cupboard doors for one of our bedrooms.

Basically we have a in-built cupboard and needed doors to be made and fitted. We spoke to some carpenters and we looking at about £500 – £600 for a carcass and doors.

So I went online and looked for doors made to size. I found three sites and they were all very helpful giving me information on getting dimensions to them for a quote.

After my research, we had two options: build a carcass and doors or build a frame and doors. We decided on the latter and Mr BH measured up, bought some strip wood and made the frame himself. The wood cost about £20 from B&Q. It really wasn’t hard and I reckon I could have done it too. I then painted the frame to match the bedroom wall (another tip given by the guys we bought from) and he fixed them to the wall. 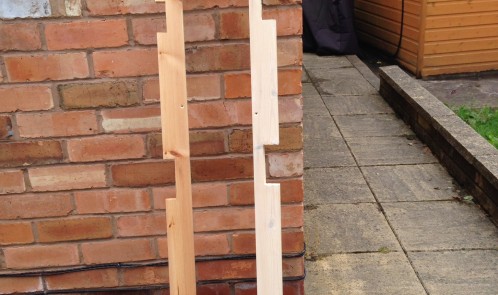 The cupboard in the wall was now ready for doors. We sent the dimensions to all three websites I had found earlier, but only one (even after chasing) actually came back with a quote – www.doors2size.co.uk aka The Cutting Room. I had a lot of questions and we started some email to and fro-ing, but the guys actually rang me to talk through what I wanted to know. That was top service for a lady who really doesn’t know much about doors. 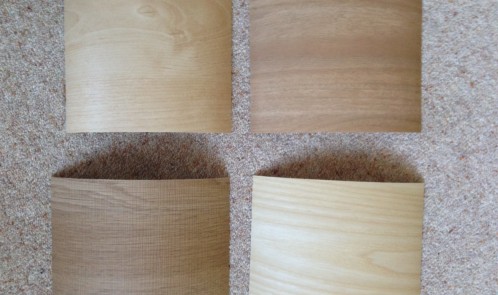 They told me to check the site for the finish I wanted and that I could order samples. The samples came and I made my choice and ordered with trepidation as the quote came in at £180 for two doors and hinges. I was concerned as the doors I had ordered were MDF doors, something I have never done before…always going for full wooden furniture.

I needn’t have worried though. The doors came within the quoted two weeks. They were heavy and the finish was superb. As they are for a cupboard that isn’t on display, the finish is great. They actually look like wood until you get about a foot away.

The photos below are of a close up of the doors, doors fixed on the wall and now with handles on. 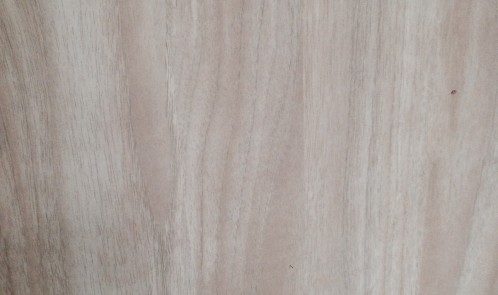 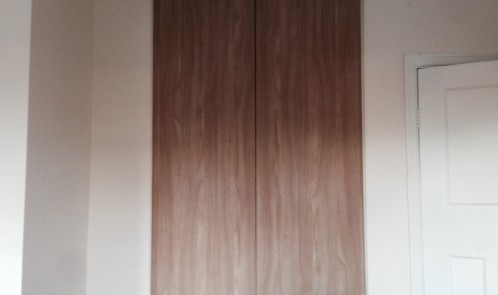 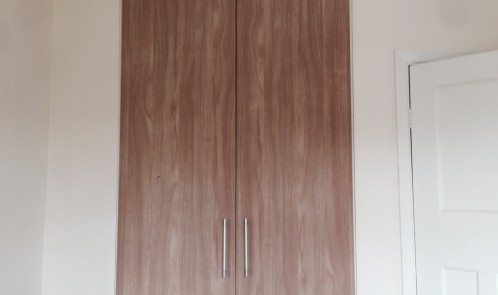