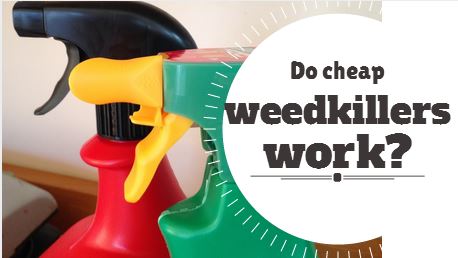 In my head to head comparison of weedkillers Doff vs Roundup, I would say the cheaper weedkiller Doff came out on top, as it does the same job for less than half the price and actually seems to do it better over a three – six week period.

I basically have weeds coming through the membrane we laid down in our garden. I bought some Doff from Aldi (£1.99) and Mr Bargain didn’t realise so bought some Roundup (£4.99) and started using it, so we couldn’t take it back. That’s when I thought of my experiment. I divided up the area and sprayed the right half with Roundup and the left half with Doff.

I must admit that in my comparison, Roundup was easier to spray as it had more than one setting, so a wide spray or a jet, whereas Doff had spray setting only.

Also once I sprayed Roundup on my weeds, it left a foamy residue for about 20 seconds, which really helped me to understand where I had sprayed.

Initially, the weeds on Roundup side started to die faster, but after a week, the Doff kicked in and after three weeks, the Doff had caught up and actually Doff seemed to kill more weeds in the long run. 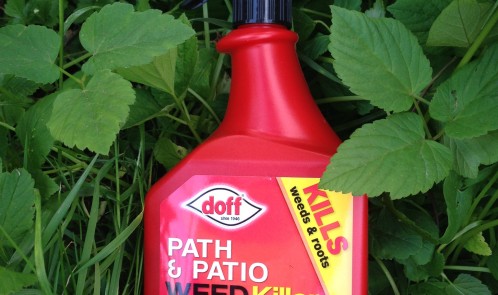 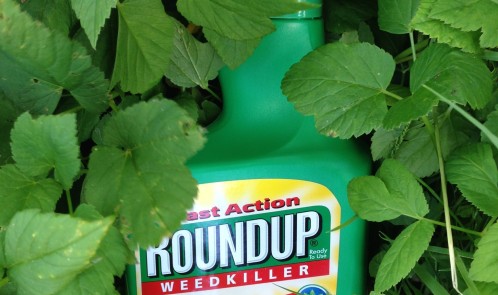 Weeds growing through the membrane. The line in the middle is a rough idea of where I sprayed Roundup on the right and Doff on the left. 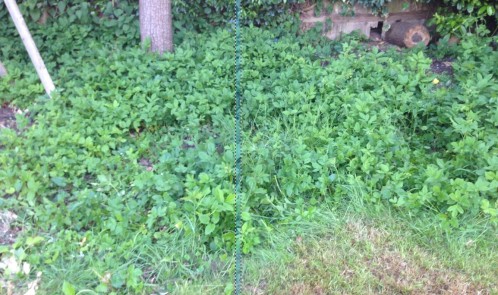 Weeds dying off. The line in the middle is a rough idea of where I sprayed Roundup on the right and Doff on the left. I’ll probably need to pull out the weeds and maybe reapply, but it’s a great start. 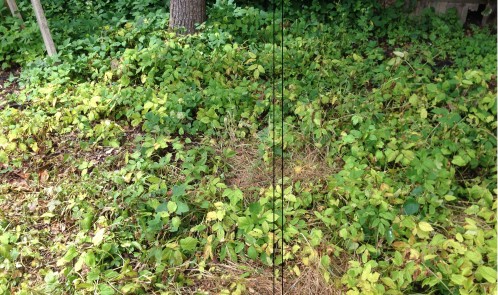 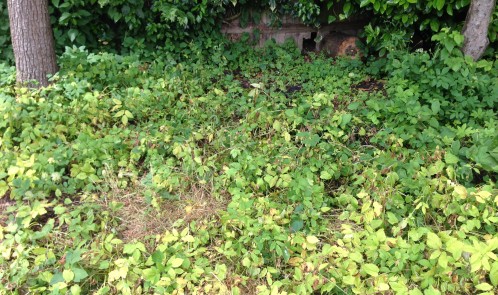 Six weeks after the first application, here is the result. You can see that new weeds are growing, but the original growth is all dead. 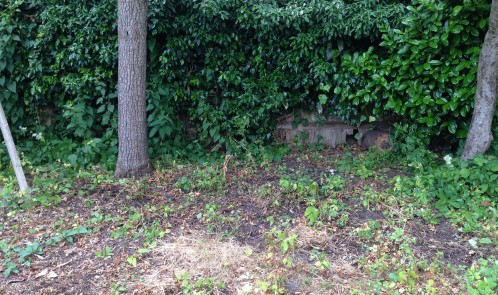 Systemic weed killer that kills right down to the roots
Helps get rid of grasses, nettles and dandelions

1L is a systemic weedkiller which kills weeds to the root so that they dont come back.
Features: Systemic action kills weeds and roots.Contains a unique fast acting agent results visible in 1- 2 days.Fully degrades in soil to allow replanting.
Usage: Effective systemic weedkiller for use all around the garden (except on lawns).